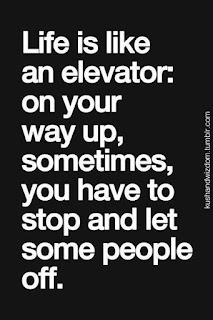 Starting ThoughtsWoke up actually excited to go to work. I dealt with some paranoia yesterday, but have been doing a good job of not giving into impulses and making things worse. I was telling a friend that sometimes I get trapped in my head, but if I'm able to get out I end up forgetting what I'm suppose to forget and I tend to feel better. I just need to get past that initial hump.
Progress

Mindfulness/Other DBT Skills
Highlights
End Thoughts
I seem to be forcing myself to do things I normally wouldn't, getting myself into wise mind faster, and controlling my impulses better. I'm proud of myself.
Posted by Little Mel at 9:45 PM