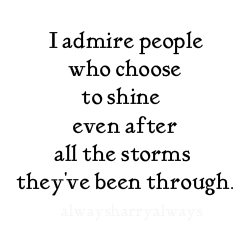 This is an introduction to my month of healing and self-progress.

This is going to be long. There will be no TL;DR. Either you will read it or you won't. I will promise this, the end is blue (as in hopeful).

Before you ask: FP

(For back story on Daniel read this blog post)

After talking on my birthday he told me we would talk that week and talked about the possibility of seeing each other during my vacation. Well, he never called. Finally I contacted him yesterday and told him that I was going to rent a car and drive out to see him. He told me not to do it because he didn't think he could control himself around me, and I was still way into him for us to hang out just as friends. I told him we didn't have to hang out just as friends and we could hook up (sorry for the TMI).

Here's where it gets complicated. I do have feelings for him still, but I don't want to date him again. He's broken my trust too many times and he's not in a place where I want a partner to be (I know that sounds catty, but it makes sense if you think about it). I'll get more into this later though.Then he says he can't see me cause he's too emotionally fragile and he's not up for it. So, I agree to give him more time. He tells me I'll see him again and not to fret, but I can't help fretting. Because he's consistently has told me these things and then ghosts me for months. I saw him a few times over the summer and before that the last time I saw him was last Dec.

Wise Mind: I've spent so much time on him, waiting for him and pining for him and making compromises with myself. Waiting for certain things to happen and feeling like I won't be okay unless they do. This is why time is important and working on myself is important. I have a really hard time letting go of relationships, and this is one I don't want to let go of. I know most people think I should, but he's not abusive and I believe It's one that can work as friends. What is depends on though, is my needing to work on myself. Right now it's unhealthy because it's keeping me from truly moving on. Whenever he comes back into my life I fall apart and struggle. I want to be at a point where we can be friends and I will be okay if he doesn't talk to me for months.

Action: I told him I'll contact him in March. During this time it's really important for me to work on myself; because what usually happens is when I give him space and he doesn't respond I end up getting upset all over again.

A couple of months ago GL came over and we hooked up. After doing so I heard a commotion outside my door, and went out in the hall. I ended up, for the next 20 minutes or so, dealing with drama with my roommate. When I came back, Will was dressed and ready to leave. I got upset because I, "didn't want him leaving that way." I can't explain it. I just didn't like how the night was ending and so I got upset and pleaded with him to stay a bit longer, and so he did. Before that he had told me that he had a lot of free time during the winter months, but suddenly he never had time to hang out. He kept telling me it was because he was busy. I saw him at Park Street one day and we rode the T together and I asked him about it again, told him that I felt something else was going on. He mentioned something about it being the holidays and I asked if we could hang out after and once again he gave me the, "that's possible," answer he usually does. So then finally I find out that the reason he's been avoiding hanging out with me is because of what happened. Which kinda pissed me off. He obviously had a right to feel uncomfortable, but this whole time he's acting like I just can't take no for an answer when the whole time there was actually a reason for it.  I had asked him if we could hang out on NYE and he didn't say no.

When asked if we could hang out at all during my break of course he said no. He had absolutely no time for me (this was shortly before finding out what the real reason was). NYE (and I admit this was wrong) I drunk messaged him some pretty incoherent stuff after he had told me not to message him anymore that night (but you also have to take into account I haven't been that drunk in about four years), and he ended up blocking me on messenger. I ended up talking to him yesterday in a private post and asked if he could unblock me. He said no and that I needed a break from messaging him. I asked him for how long and he said until I could prove I can be friends with him on his terms. His terms included "not seeking him out on the train platform even if it's a coincidence", understanding we're never going to have a sexual/romantic relationship again, and that when he tells me that he talks to his best friend three times a week and I contact him/tag him seven days a week, I'm not getting the hint. This upset me because 1. I can't control if I run into him, 2. It hurts knowing I can't be intimate with him, 3. Instead of being straight forward and saying, "stop tagging me so much," he has to drop hints? He also changes the goal posts a lot. He tells me I can message him whenever, then he gets mad. He tells me I can say anything to him, then he's like "was it necessary to say that."

Emotion Mind: Tell him how much he hurt me, show up wherever he is.

Wise Mind: Again, I can't waste my time on someone who doesn't want my time. I'd like to have a friendship with him, but I need to not be so attached to him. The truth is, I have a hard time being platonic friends with men, and that is something I would like to change. A lot of it depends one me and my reactions to their actions. This is very difficult given my nature, especially towards my FP's, but I truly feel it is something I can overcome.

Action: I blocked him on Facebook and I plan on not contacting him for the month (which also means not going to his trivia). I feel it will be good and give enough space for him to get over things without me in his face and for me to heal.

My stuff has triggered another close friends stuff, and she has to take a step back. This happened the same day as the Daniel and Green Lantern incidents.

Emotion Mind: How could she do this to me?

I've been going through a bad depression, dealing with the death thoughts a lot, and feeling extremely lonely and isolated. Mixing this with basically feeling abandoned by two FP's and close friend (see borderline views on rejection and abandonment) is pretty much like cutting someone open and removing their organs one by one while laughing and pouring lemon juice into the blood.

January is going to be all about working on me.
*Trivia on Thursdays
*Drawing and writing workshop 1/9 (this meets every Saturday).
*Arisia meet up 1/9.
*Coloring gathering 1/13 (this meets the second Wednesday of the month).
*Arisia 1/15-1/18.

I'll probably make Thursday (trivia and support group) my "main" late night (though I still home to get home by 10 or 11). Obviously other stuff will come up here and there (e.g. coloring meet up, other trivia nights, dates), but l don't want to stay out late during the week too much (I'll probably do postmates for an hour or two after work, but will try to be home by 8). What I do know is, this month I am going to work on myself and that includes getting out more and spending time with different people.

For years my goal as been to be able to be independent and have certain people in my life. Those who know me, know how well I prosper when I am on my own (look how consistent I was in NH). However, it's trying to combine the two that has always made me relapse. I admit, I am co-dependent. I don't want to be alone, but I also want to be okay with being alone. If that makes sense. But I know talk is cheap, and it's about action. I'll be blogging my progress throughout the month. I know a month isn't a lot, but it's a start.
Posted by Little Mel at 11:25 AM